Thanks to Fopp’s two books for £5 offer, this month I spent a total of £25.75 on paperbacks (that 75p was from a charity shop purchase). For those that don’t know, Fopp is part of the HMV family here in the UK, selling music, films, books, posters, clothing etc. – specialising in more of the indie and obscure media than other outlets. 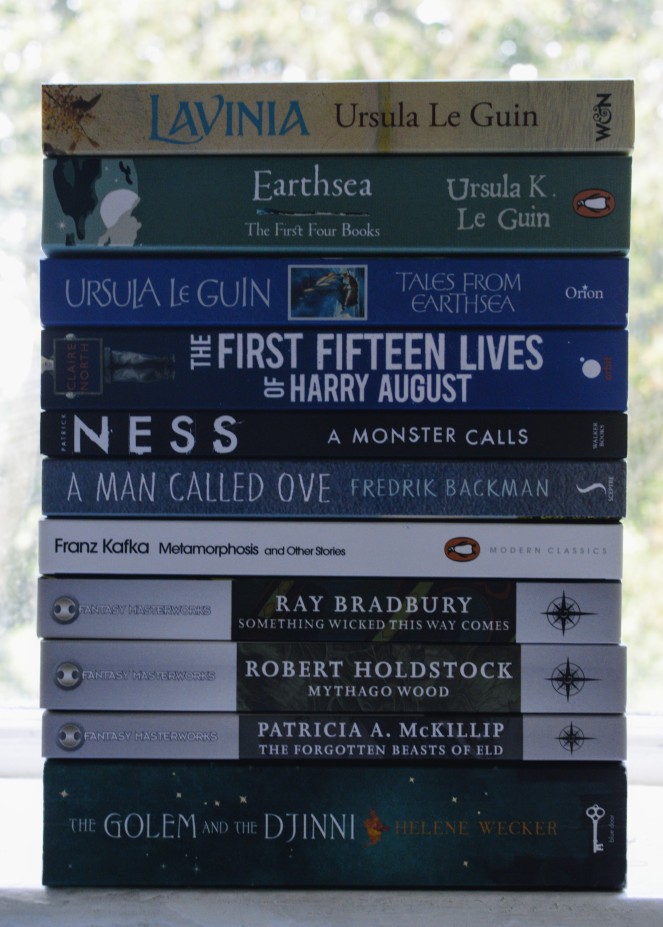 Sorry about the photo quality, I’m currently packing for a little trip away and my room is a tip – backlighting is not my friend.

It should come as no surprise that most (if not all) of these books come under the fantasy/ speculative fiction headings. Although I have had a slow couple of months in terms of reading I hope that picking up some books I’ve been looking at for a while (especially those by Wecker and Le Guin) will reinvigorate my desire to read. The books from North, Ness, and Backman have also been on my radar for a whilst as they have all received a lot of publicity when they were released and I reckon they will be a  good break from more pure-fantasy stories.

What has been your favourite pickup this month?