In order to try and maintain a 50/50 split of male to female authors this year, I’m going to be periodically making posts like this, where I discuss the next five books from female authors that I want to read. I think that breaking goals down into smaller chunks makes them easier to manage, and putting those chunks out into the bloggersphere makes me accountable to a certain extent.
Enough of the waffle, here are the books! 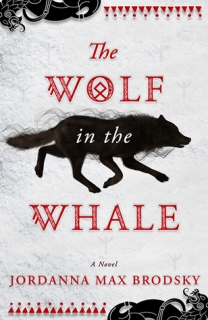 “A sweeping tale of clashing cultures, warring gods, and forbidden love: In 1000 AD, a young Inuit shaman and a Viking warrior become unwilling allies as war breaks out between their peoples and their gods-one that will determine the fate of them all.

“There is a very old story, rarely told, of a wolf that runs into the ocean and becomes a whale.”

Born with the soul of a hunter and the spirit of the Wolf, Omat is destined to follow in her grandfather’s footsteps-invoking the spirits of the land, sea, and sky to protect her people.

But the gods have stopped listening and Omat’s family is starving. Alone at the edge of the world, hope is all they have left.

Desperate to save them, Omat journeys across the icy wastes, fighting for survival with every step. When she meets a Viking warrior and his strange new gods, they set in motion a conflict that could shatter her world…or save it.”

“Ged, the greatest sorcerer in all Earthsea, was called Sparrowhawk in his reckless youth.

Hungry for power and knowledge, Sparrowhawk tampered with long-held secrets and loosed a terrible shadow upon the world. This is the tale of his testing, how he mastered the mighty words of power, tamed an ancient dragon, and crossed death’s threshold to restore the balance.”

“On April 26, 1986, the worst nuclear reactor accident in history occurred in Chernobyl and contaminated as much as three quarters of Europe. Voices from Chernobyl is the first book to present personal accounts of the tragedy. Journalist Svetlana Alexievich interviewed hundreds of people affected by the meltdown—from innocent citizens to firefighters to those called in to clean up the disaster—and their stories reveal the fear, anger, and uncertainty with which they still live. Composed of interviews in monologue form, Voices from Chernobyl is a crucially important work of immense force, unforgettable in its emotional power and honesty.“

“Cows can love, play games, bond and form strong, life-long friendships. They can sulk, hold grudges, and they have preferences and can be vain. All these characteristics and more have been observed, documented, interpreted and retold by Rosamund Young based on her experiences looking after the family farm’s herd on Kite’s Nest Farm in Worcestershire, England. Here the cows, sheep, hens and pigs all roam free. There is no forced weaning, no separation of young from siblings or mother. They seek and are given help when they request it and supplement their own diets by browsing and nibbling leaves, shoots, flowers and herbs. Rosamund Young provides a fascinating insight into a secret world – secret because many modern farming practices leave no room for displays of natural behavior yet, ironically, a happy herd produces better quality beef and milk.”

In a future just a few years down the road in the wrong direction, a woman’s failure to comply with her patriarchal overlords will result in exile to the meanest penal planet in the galaxy. When the newest crop of fresh femmes arrive, can they work together to stay alive or will hidden agendas, crooked guards, and the deadliest sport on (or off!) Earth take them to their maker?”

Please do let me know if you have read any of these books, or link me through to a review 🙂